Millions of people have seen UFOs and many even recall personal encounters with strange entities. The popular view is that these are advanced aliens visiting us from far away, but this compelling new documentary takes a deeper look at the events, the beliefs, the experts and the people who have shaped our views in the “otherworldly.” When one examines this phenomenon, one of the most disturbing but powerful affirmations of the spiritual realm, Christianity and the Bible becomes clearer. This documentary seeks to solve one of the most haunting and persistent mysteries of our time by addressing  UFO sightings in every country, things seen on radar, what happened at Roswell, alien abductions, government cover-ups, and even a “new” religion. The truth will surprise you!

Based on the Amazon top-50 selling book

UFOs and the evolution connection 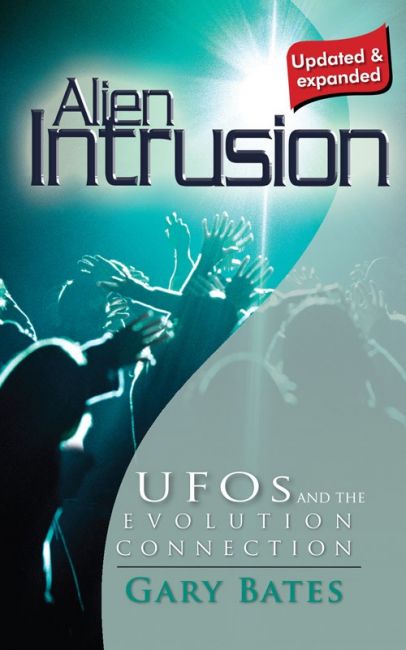 Gary Bates’s 2005 book is still the only creation book to achieve this feat. And this is mainly due to the subject matter itself—the UFO phenomenon, fueled more than ever by modern science fiction and its portrayal of highly evolved and technologically advanced aliens traversing the galaxy, seeding and even overseeing the evolution of life on earth. People are simply fascinated by this issue, which presents itself as an ongoing mystery to be solved. Consider the plethora of cable TV series dedicated to aliens and UFOs to understand how our culture is saturated with this subject.

Such views have caused countless people to disregard the Bible’s history of origins in favour of the notion of the evolution of life occurring throughout a 14-billion-year-old universe.

The Alien Intrusion book uncovered and confronted a much darker side to all this than is generally presented in feel-good movies such as Star Wars or Avatar. For example, one poll concluded that up to 20 million Americans had seen a UFO and possibly 4 million claimed to have been abducted by aliens. Such statistics are shocking, even to many Christians who are simply not aware.

"I am writing to you, to express a very big thank you, regarding your UFO research."

"I have just finished your book Alien Intrusion (Updated & Expanded), and I must say that … it was / is the most accurate, precise, comprehensive & tangible explanation regarding the UFO phenomenon."

"I want to give a very big Thank You!! for all of your work in this matter. You have accurately explained what these entities are, how they operate, and have given me the clarity to regain my faith. Everything you talked about corroborates 100% with all my personal experiences …"

Evolution’s Achilles’ Heels has been described as one of the most powerful refutations of evolution ever produced. The same team now brings this equally high-quality and important new project to you for your support. 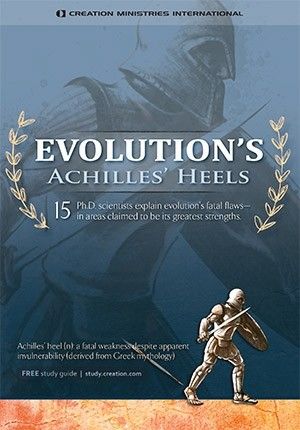